People often wait until they are in pain to seek out help, but the best time to get help is before you are in pain. When you are living a busy active lifestyle, it is certain that it will take a toll on your body and create imbalances that will eventually lead to pain. At Body & Soul PT, we are able to find and correct imbalances in your body before they create pain and stiffness. When your body is balanced you will be able to perform better in all areas of your life. You will be able to get more done at work, enjoy your fitness activities, and have plenty of energy left over for family and friends. Don’t wait for pain, balance your body today. 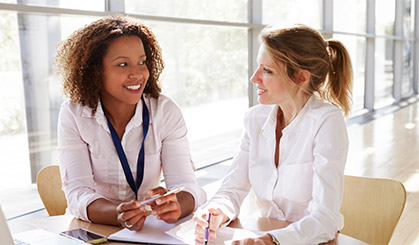 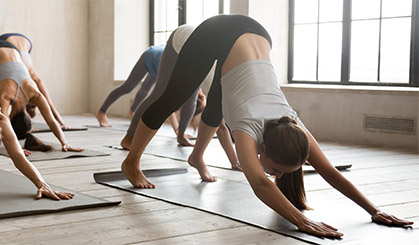 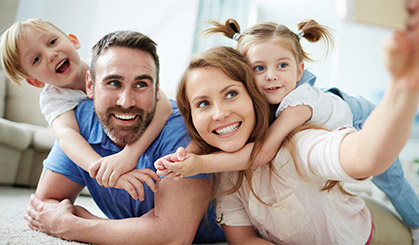 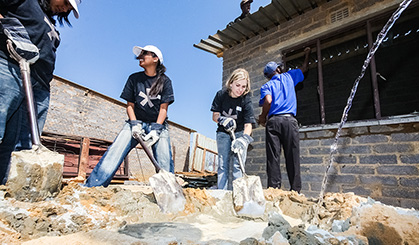 If you have been here before or you are ready to come in to start your healing journey, click on the calendar or below to book your appointment. It is the fastest and easiest way to get seen and begin the healing process.

Are you wondering if Body & Soul PT is right for you. We are happy to arrange a free discovery visit which can be done in person, over the phone or by video. We will talk in more detail about what is going on and answer your questions so we can decide together if we are the right people to support you in your healing process.

What is our physical therapy process?

We help people get out of pain and return to activities they love. 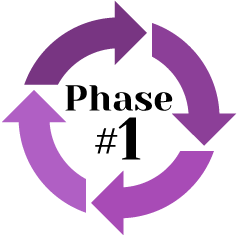 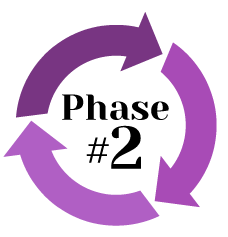 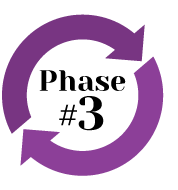 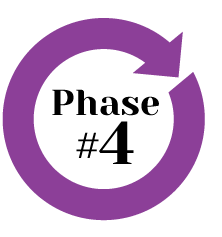 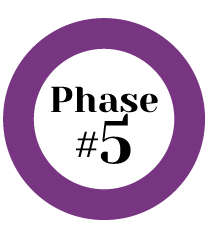 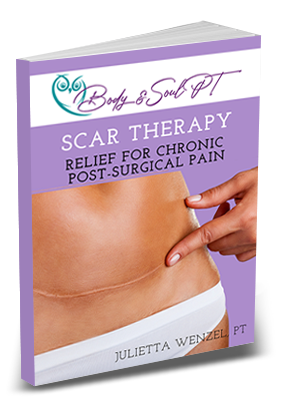 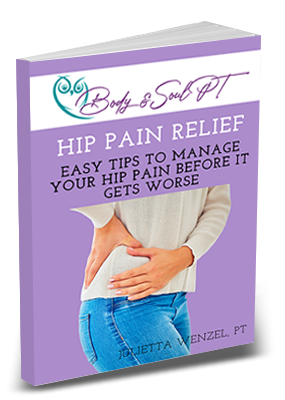 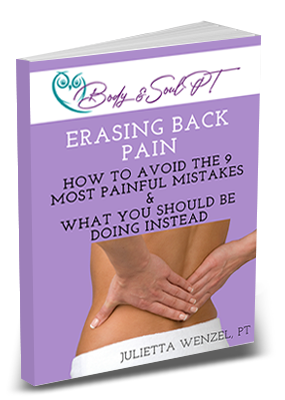 What Our Clients Say

Life has been hectic with kids 24/7, work, and taking online courses. My lower back hurts and it’s been hurting for years. With stress and hormone (I think), I haven’t been able to sleep through the night without waking up every hour or every other hour. You can probably imagine how miserable I feel during the day trying my best to fulfill my obligations without enough sleep along with a hurting back. All of these miseries have changed in one visit with Julietta. Her healing hands, attentive care and enduring patience, I fell asleep during my treatment and that few minutes of nap felt like I have slept for hours. I woke up refreshed. More importantly, I slept 10 hours that night. I woke feeling refreshed and ready to take on the world. I am feeling rested and my back pain is gone. I cannot thank Julietta enough. She is an amazing Therapist and healer. She is such a loving and caring person who is always ready to deliver her patients from all sorts of pain and ailments (including the ones that you don’t know you have.) Now my day is almost over, I have already thought of going back to Julietta next time to treat my knees.

Julietta Wenzel is the most caring and professional physical therapist I know. I was in a terrible car accident back in January of 2015 and could barely walk. I was diagnosed with 3 herniated disks and occipital neuralgia. The first physical therapist that I went to, did nothing but aggravate my pain. Most of my hour long appointments were spent putting ice and heat on the injured area. I can do that at home and do not need to go to them for that. I had no hope and did not believe in physical therapy until I went to Julietta. She never wasted a minute on things that I could do at home. Her therapy techniques were effective. I would never be back to normal without Julietta’s help. Her knowledge and techniques gave me a second chance in life and today I live my life pain free.

The BEST for my 2 year old son. My son was diagnosed with Torticollis and was about to go through surgery when someone recommended I try therapy first (even though the doctor told me I’d be wasting my money and 99% of the time it doesn’t work.) HA! It was NOT a waste of money and I saved my baby an intense surgery in his neck! (The physical therapy needed after a surgery like that is enough to make you want to try PT beforehand.) Well, Julietta ended up figuring out after getting her hands on him one time that it’s actually his spine that was curved and that is why he was constantly looking/leaning his head to the left. After 2-3 sessions my son was CURED and it also helped his breathing tremendously. Apparently the reason he was breathing so heavy was because his diaphragm was being pressed on by his twisted spine’s pressure on the other organs. I can’t tell you how happy I am; scratch that, GRATEFUL I AM for what Julietta did for my son. I will recommend them to anyone I know for torticollis. I cannot believe I almost put my baby through such an intense surgery when less that $600 cured him immediately.

After seeing how she helped my son, I started going to Julietta, too, after many surgeries on my Kidney. She has helped my alignment significantly and has helped with all of the scar tissue damage. My aches and pains are GONE. At this point I just go to her every month to check in and make sure I’m aligned and healthy, but I cannot believe how she has healed me so quickly and easily.

Julietta has an amazing passion , gift and dedication for what she does. She listens and can actually feel and know just what to do, it is like nothing I have seen or experienced. She heals you from the inside. I went to Julietta for a pinch in my neck on my left side and I could barely move my neck, which has happened to me on and off forever and no one has seemed to relieve or help it or they wanted me to do shots. She not only helped in just one session to relieve it but she put parts of my body back into balance that correlated to my pinch and I saw the results instantly! I also have a scar that has had numbness and puffiness for 5 years and it hasn’t gone away. After one treatment I felt the difference and started to feel the area and not the numbness and the puffiness went down. As I continue to have Julietta treat my scar and my body everything keeps getting better and better and I’m pinch free!!. She truly heals you from the inside out and also mentally I have healed as well through her healing techniques which is amazing. Don’t wait to see Julietta if you have something going on, wish I had gone sooner and trust me your body and mind will thank you! I am a patient for life in keeping my body healthy and in balance so all the moving parts work right and scar tissue is conquered!

After receiving a diagnosis of TMJ, which inhibited me in so many ways, on so many levels… I never thought I would feel better again. Doctor after doctor… disappointment and pain ruled my life. Then I found Julietta! If you don’t believe that you can be helped, healed and made to really feel better, without medications and doctors’ visits, you are wrong! Julietta truly changed my over-all health in a way that I want to shout from the roof-tops. She has helped take care of that TMJ, and many other ailments that we all experience in our lifetime. Call her now! I LOVE THIS PLACE! It’s the human connections she makes, that will surprise even the biggest skeptic. You do not need to live in pain, you do not have to accept the agony… just go once, and you’ll see for yourself. 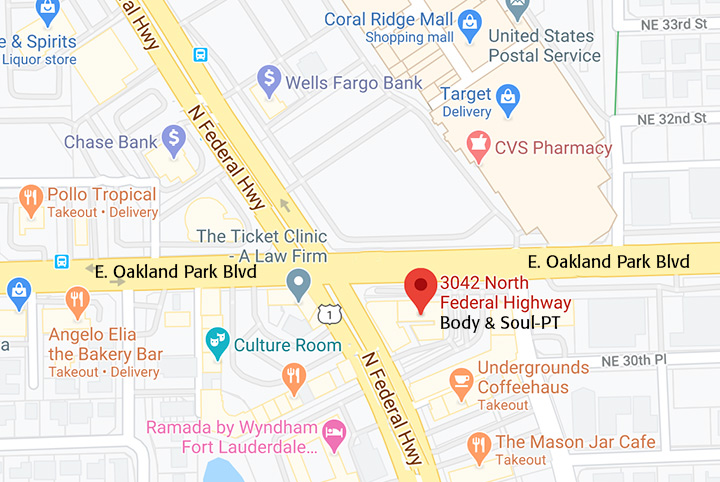 To schedule an appointment please use this link.

Body & Soul PT is committed to ensuring digital accessibility for people with disabilities. We are continually improving the user experience for everyone and applying the relevant accessibility standards. All content of the website is currently under review to ensure accessibility according to ADA 2019 guidelines. This review and update should be completed in early 2021.